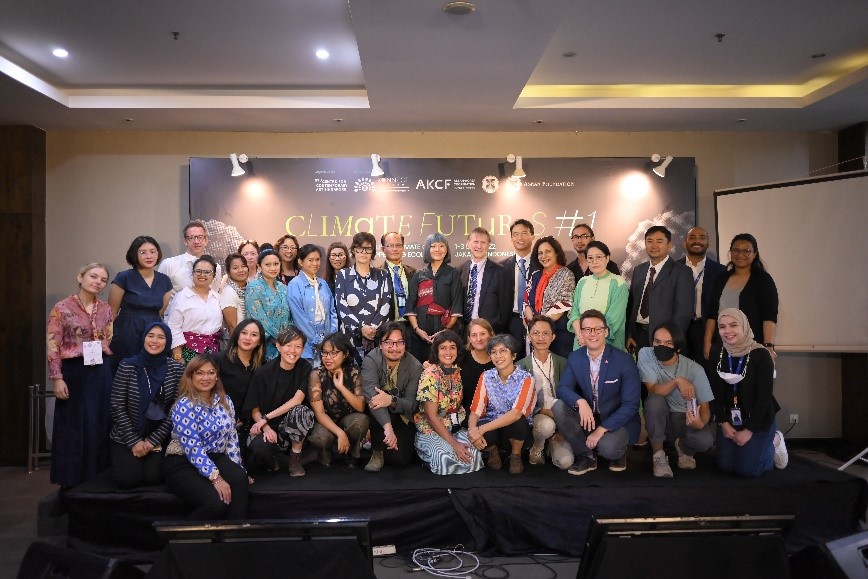 1200 people from 31 countries signed up for the Climate Futures #1: Cultures, Climate Crisis, and Disappearing Ecologies conference.

Climate Futures #1: Cultures, Climate Crisis and Disappearing Ecologies aims to study, document, and analyse the impact colonialism had on culture and its relationship to today's climate crises. A key aim is to treat indigenous local knowledge and cultural perspectives as equal to the hard science of conventional research, thereby cultivating long-term relations of knowledge exchange. The project aims to build a broader understanding of post-colonial legacies and the challenges they bring to the present, while building strong international networks and identifying potential methodologies for positive change. This is a unique chance to begin an important discourse that is embedded in the region that can be joined by other entities and partners, becoming multi-vocal and multi-local. 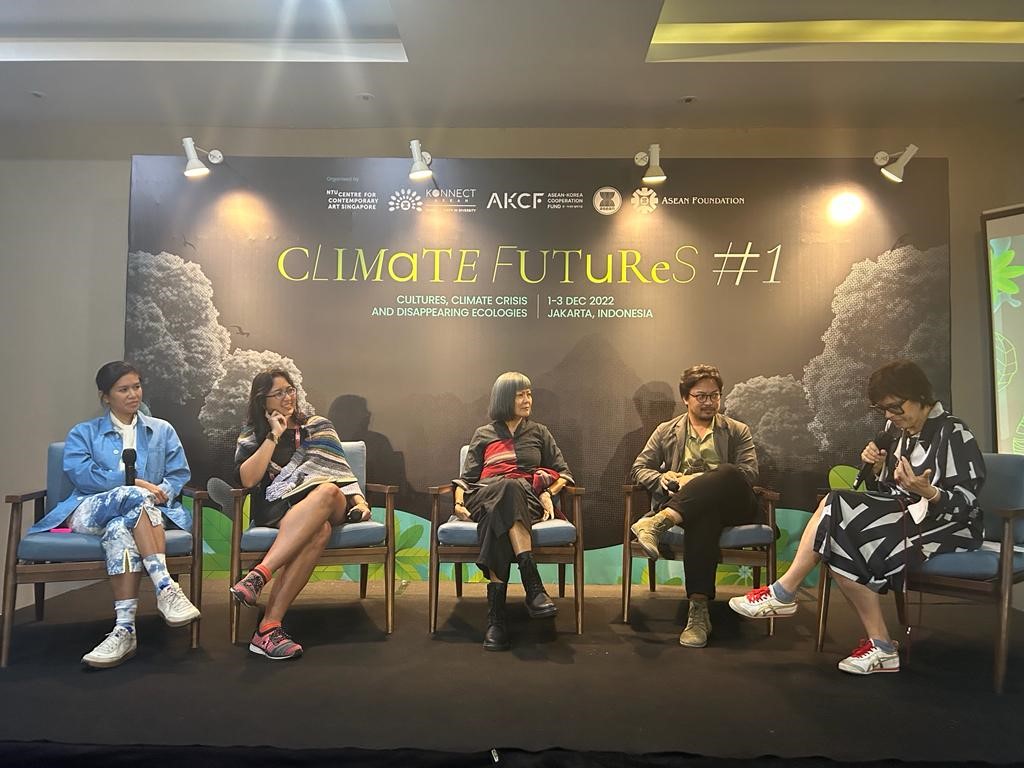 "According to the International Monetary Fund, emerging economies represent 85% of the world’s population and are facing the brunt of global social and environmental challenges. ASEAN represents many of these economies and consequently the conference speakers represent ASEAN nations with direct experience of those challenges. During this conference we hope to explore together the possibilities of a better future beyond the current climate crisis", said Dr. Yang Mee Eng - Direktur Eksekutif ASEAN Foundation. Today’s kick off event also attend by the speakers from 10 ASEAN Member Countries, South Korea, Germany, Australia and more than 1200 people from 31 countries sign up for the hybrid conference until the next 2 days.

The conference will comprise of discussions into alternative approaches to regional studies focusing on urgencies such as rising sea levels and temperatures and the impact on natural resources of the region. A particular focus will be on areas such as the Mekong River and Delta (Myanmar, Laos, Thailand, Cambodia, Vietnam) and its water street to Indonesia, Malaysia and the Philippines and the Straits of Malacca which plays an essential role in the region's shared history.

The holistic approach of Climate Futures #1: Cultures, Climate Crisis and Disappearing Ecologies is to stimulate a debate between artists, designers and architects, scientists, environmentalists, as well as local voices and policymakers. We seek to reach out to a wider public including young scholars and arts practitioners, as well as community leaders from the ASEAN region.

The conference is organised by NTU CCA with the support of KONNECT ASEAN..The in-person event was live-streamed on ASEAN Foundation Facebook Page.

As the post-Cold War reality of a new world has taken shape and formed new directions and conversations, ASEAN has re-entered the contemporary art space via collaborative efforts between various ASEAN bodies.  The Republic of Korea celebrated 30 years of diplomatic relations with ASEAN in 2019 and in the same year established KONNECT ASEAN, an ASEAN-Korea arts programme. Supported by the ASEAN-Korea Cooperation Fund (AKCF) and administered by the ASEAN Foundation, KONNECT ASEAN signals both an eagerness by ASEAN to revitalise its once integral role in contemporary visual arts and South Korea’s sincerity in establishing closer ties with ASEAN.

The programme celebrates Southeast Asian arts using different platforms (exhibitions, education and conferences, public programmes, residencies, and publications and archives) to explore and discuss social, political, economic, and environmental issues in the region. The artists' works and activities engages and strengthen the public's understanding of ASEAN's role in facilitating cultural diplomacy. Furthermore, the programme intends to connect with the three major stakeholder groups of government, business, and civil society to achieve the vision of an ASEAN Community. Outcomes provide permanent resources recording why ASEAN matters and its ongoing contribution to the region's growth, prosperity, and stability.