A Journey of Feeling and Being ASEAN: Phan Van Nguyen

Phan Van Nguyen, otherwise known as Jos, was like most ASEAN youth. He thought that ASEAN was just an association of nations formed by governments, and that it had nothing to do with himself.

After all, he was just a regular student. He first heard about ASEAN when he joined the Ship for Southeast Asian and Japanese Youth Programme (SSEAYP), a programme that aims to promote friendship and mutual understanding
between Japanese and ASEAN youth. This was just the beginning of how he would learn what it meant to be part of ASEAN and be inspired to do so much more. “At that time, I was a freshman and I regretted why I did not know about ASEAN earlier when Viet Nam had been its member since 1995,” Jos said. “Where have I been in the past 20 years?” 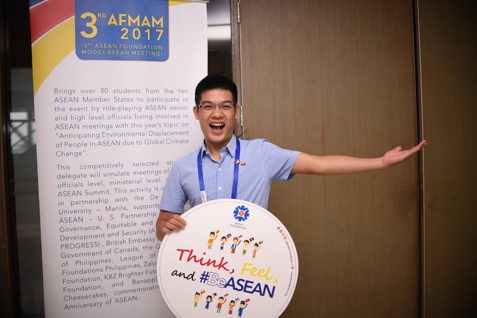 After SSEAYP, he was driven to find out more about ASEAN. The ASEAN Foundation became his first stop in his journey as he decided to take part in the ASEAN Youth Video Contest (AYVC) 2016. “I did not hesitate to participate in the contest,
whilst positioning where am I in this community,” Jos said of his decision to join AYVC. “I gradually learned about the ASEAN Foundation and it’s really an ideal organisation for me, as a young man who is beginning to learn about ASEAN and
aware as an ASEAN citizen.”

After joining the ASEAN Youth Video Contest, which he won, with a video about volunteering to help those less fortunate in society, he took part in the ASEAN Foundation Model ASEAN Meeting (AFMAM). It was an excellent platform for Jos to see how he as a young person can impact his community by playing the role of an ASEAN leader. Jos saw that
ASEAN was not just for government officials, even though he was playing the role of one. “AFMAM was a tremendous opportunity for me to deepen my understanding about ASEAN and realize how important ASEAN is to my future,”
Jos said. “Indeed, AFMAM has given me chance to raise my voice as a young person, as well as my responsibility towards the community’s growth, to develop my leadership skills and expand my connection to other ASEAN leaders.” 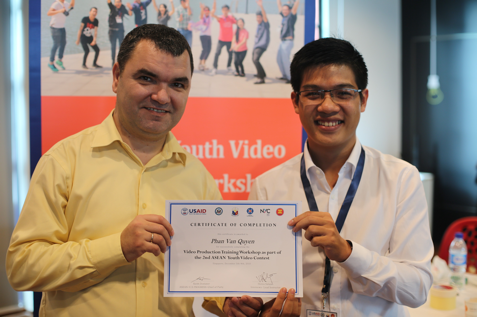 In the ASEAN Summit simulation session, which is one of AFMAM’s highlights, Jos took the role of a minister. “My role as a minister brought me the most unforgettable and unique experience in life,” he said. “It motivates me to contribute to the peace and prosperity of the community, improve dialogue among ASEAN friends, deepening integration, developing lasting relationship. My participation in AFMAM has helped me to position myself as a young leader with the abilities in public speaking, communication and diplomacy skills.”

Jos was also impressed with the setting of AFMAM simulation that enables him to experience the difficulties of reaching a decision. “To come to the consensus was very difficult, but very interesting for us to understand each other and let us experience ourselves as the true national leaders,” Jos said, remembering his time in the simulation
of ASEAN Summit. Jos’s journey with ASEAN even motivated him to give a TED talk on his experience. “Being aware
of being an ASEAN citizen, and aware of my responsibility to ASEAN led me to understand that giving the speech in TEDx was something that I had to do so that everyone could recognise ASEAN is a community of opportunities,” Jos explained about the reason he took part in the TEDx.

Bringing the topic “Knowing ASEAN to Identify Yourself,” he draws from his own experiences as an ASEAN youth, to encourage more youths to step out of their comfort zone, get to know ASEAN, be involved with other youths and learn invaluable lessons like he has.

He stressed this perspective during his session in the TEDx, saying, “even after a year of knowing ASEAN, I can’t believe that ASEAN has changed myself a lot. It brings me friends, cultural understanding, opportunities in leadership, public speaking and communication. Many times going abroad as for a youth leader in exchange programmes, ASEAN is a chance for me to raise my voice as a young person in the community. The fact is 60% of ASEAN population are youths.

Youths play an important role for ASEAN. Step out of your safe zone. Knowing ASEAN means you know its people. The more you get to meet others, you can know their culture, philosophy, the more you get to know yourself.”

He emphasises the point about stepping out of your comfort zone by giving his TED talk in English, a language that isn’t his first. “English is not my native language, and I am learning it every day,” Jos said. “However, I did not hesitate to practice and gave the speech in English, thus motivating young people to be brave with English since it is the common language of ASEAN. Encourage young people to get out of the circle of learning English and begin cultivating our expertise as well as seizing opportunities from ASEAN.”