Although the internet offers a myriad of opportunities, it may also be accompanied by threats such as cyberbullying, misinformation, security risks and identity fraud. 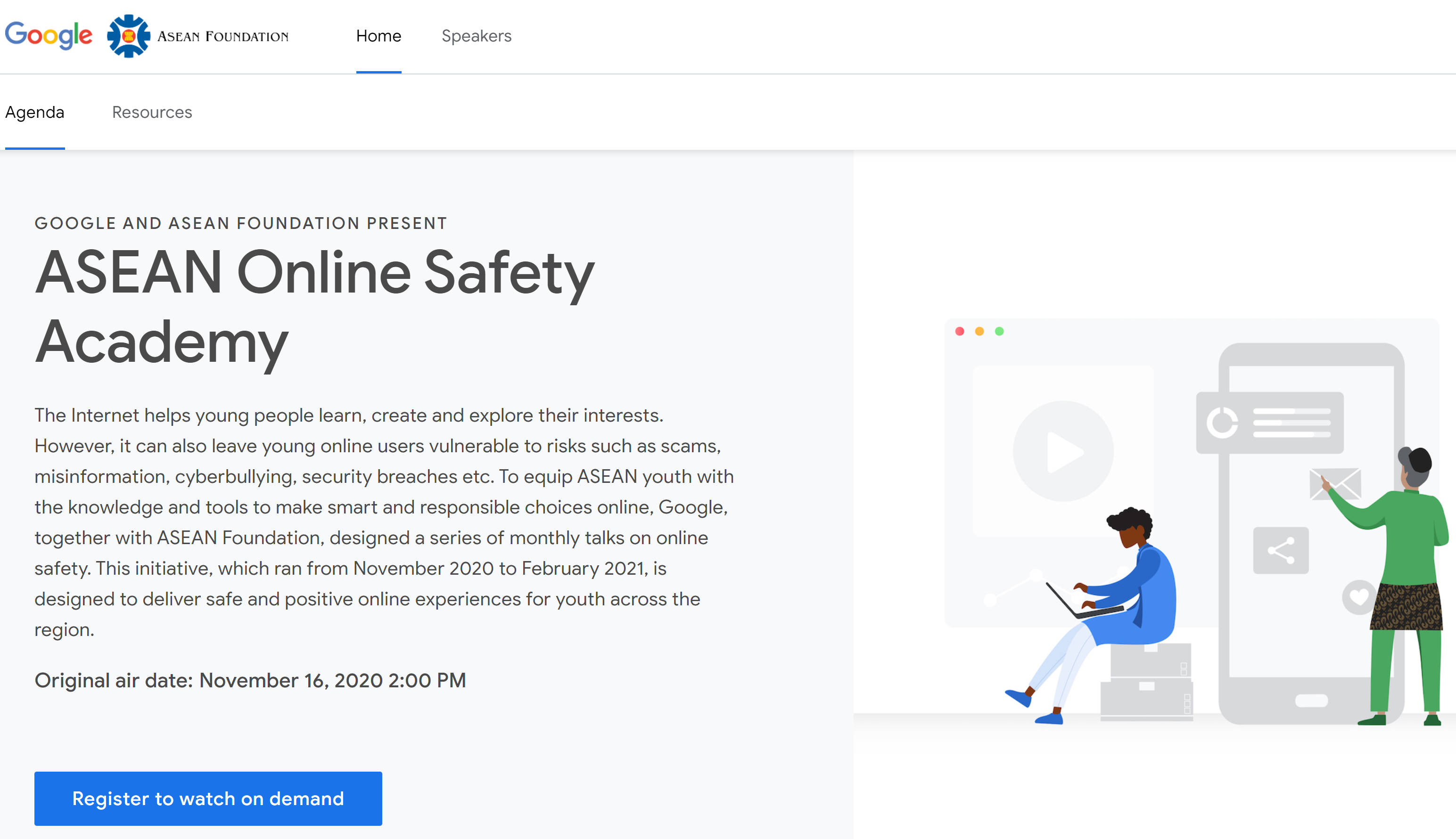 With the support of Google, the ASEAN Foundation has sought to prepare youth for these challenges by organising the ASEAN Online Safety Academy for Youth, a webinar series, which aimed to not only promote safe and positive online experiences for youth in ASEAN but also advocate the value of digital citizenship.

The episodes of the webinar include the topics of:

The webinars were attended by distinguished speakers namely Tenzin Norbhu (the Director of Government Affairs and Public Policy in Southeast Asia for Google APAC), Ambassador Phasporn Sangasubana (the Permanent Representative of the Kingdom of Thailand to ASEAN), Lucian Teo (the Online Safety Education Lead at Google APAC), Ryan Rahardjo (the Head of Public Affairs in Southeast Asia for Google APAC), H.E. Kung Phoak (the Deputy Secretary-General of ASEAN for the ASEAN Socio-Cultural Community), Michael Rose (the Head of Data Governance at Google APAC), Ambassador Tran Duc Binh, (then Permanent Representative of the Socialist Republic of Vietnam to ASEAN), and Ellen Kusuma (the Head of Digital At-Risks Subdivision at SAFEnet).

So far, the initiative has deemed to be successful. As a new initiative, the first 3 sessions were attended by more than 1200 ASEAN youth. During a session, the Foundation also launched an ASEAN Online Safety Academy website, with valuable resources so more people can continue learning about being safe online.

"During COVID-19, fake news and misinformation have spread as rapidly as the virus itself. It is therefore crucial that young people are well equipped with the ability to discern facts and false truth."