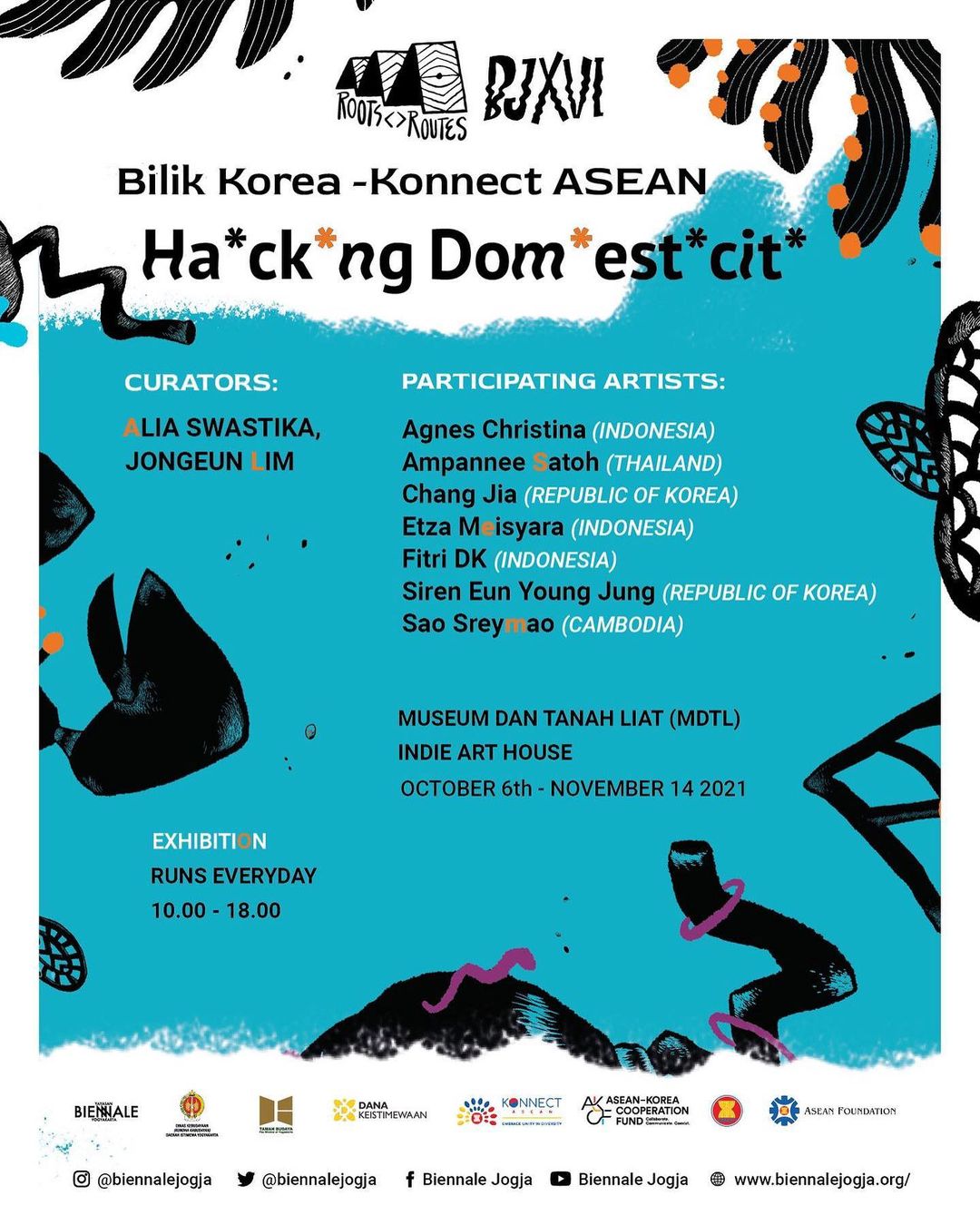 "Hacking Domesticity" is a presentation of works by 7 artists coming from Indonesia, Cambodia, Thailand, and South Korea, reflecting on how these artists look at their respective historical contexts of the environment in which they live and thrive, while also re-examine the anthropocene discourse in the context of the pandemic and notion of survival. By hacking the domestic realm, the artists consolidate a strategy to resist against the established and the dominant within the status quo. Domesticity does not only refer to the personal realm, but also the context of regional, city, country borders or geopolitical imagination. The term "Hacking" also reflects the relation between human and technology, in its broader sense, including the critical position of human in interaction with technology.

This program is fully supported by KONNECT ASEAN, an ASEAN Foundation arts and culture programme, and supported by the ASEAN-Korean Cooperation Fund (AKCF).