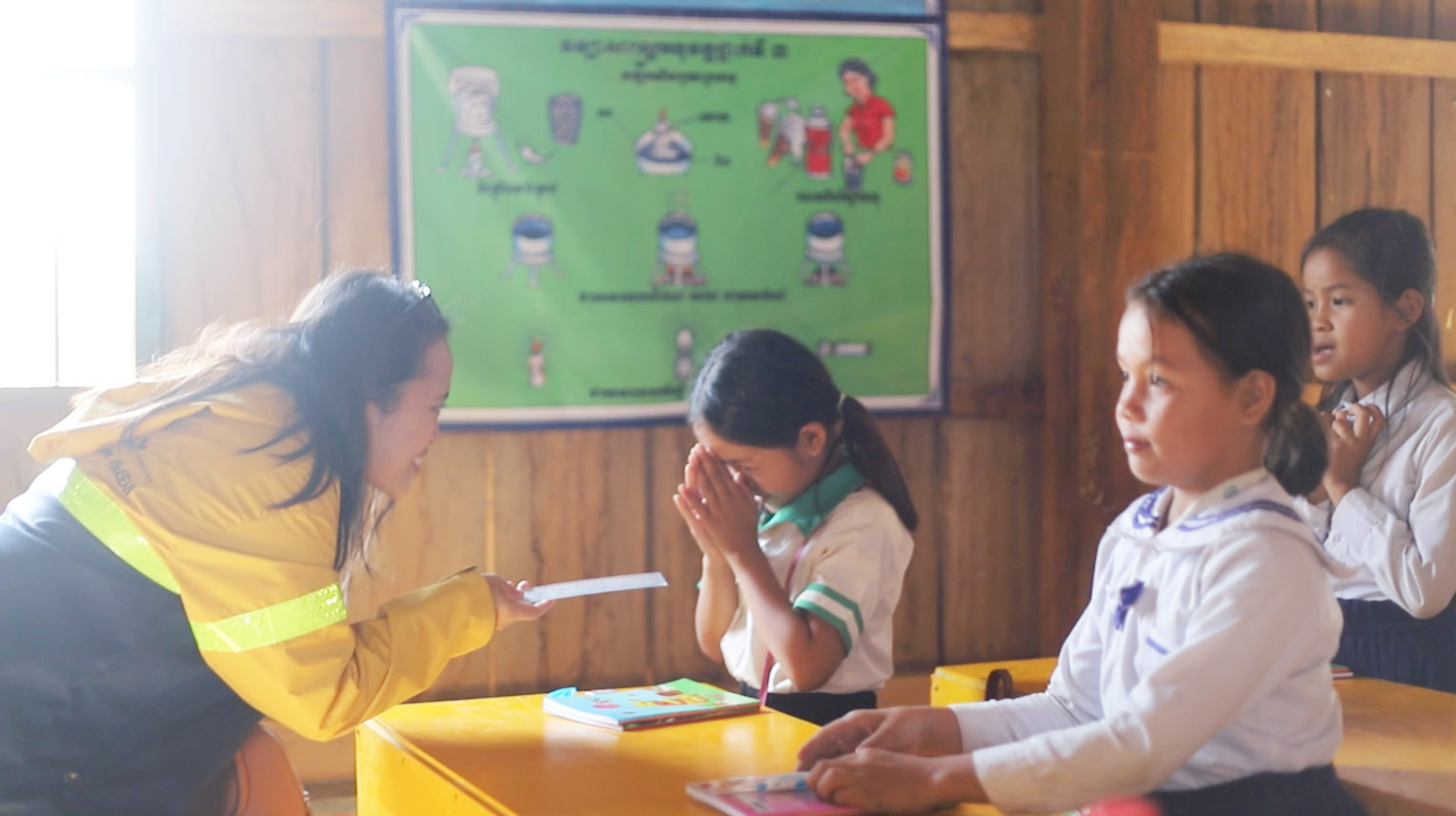 EYAA is the ASEAN Foundation and the Maybank Foundation’s inaugural programme in creating a platform for ASEAN to involve themselves in volunteer work across three ASEAN countries; Cambodia, Malaysia, and Indonesia.

The programme wass initiated with the realisation that the future of ASEAN is in the hands of youths. Their energy and creativity can be channeled into challenging and meaningful activities to strengthen community bonds, encourage volunteerism and philanthropy, and generate innovative solutions to socio-economic challenges.

EduSparks is one out of ten ASEAN change-makers team, which collaborated with a certified local child safe organisation, Khmer NGO for Education (KHEN), to improve access to quality education in rural areas where it believed that barriers to child education exist. Behind the idea EduSparks was the change-makers' belief that each individual has the same prospect to be the utmost versions of themselves through education. Everyone is a light, and what makes them different is their intensity, which depends on the education they obtain.

I discovered EduSparks and KHEN after traveling for six hours through a slippery and uneven road from Siam Reap to reach the remote area in North West Cambodia called Samlout. It required strenuous effort and carefulness to get arrive at this place, which was partly reflected by the slippery tracks and car accidents I saw while on my cautiously slow bus ride there.

After a while, I finally arrived at the location. There, I witnessed dozens of local interns who came from faraway distances to partake in a capacity building workshop. They exchanged ideas and planned programmes to improve the quality of inclusive education for the long run.

In the Cambodian language, the interns carved their plans and presented their education plans which was then translated by KHEN's Managing Director, Mr. Bunlee. The EduSparks team, which consisted of eight young people from various ASEAN Member States (AMS) facilitated the mentioned learning as well. This workshop was one of the key activities of the community projects initiated by EduSparks in implementing their volunteer activities with children and communities in the local. 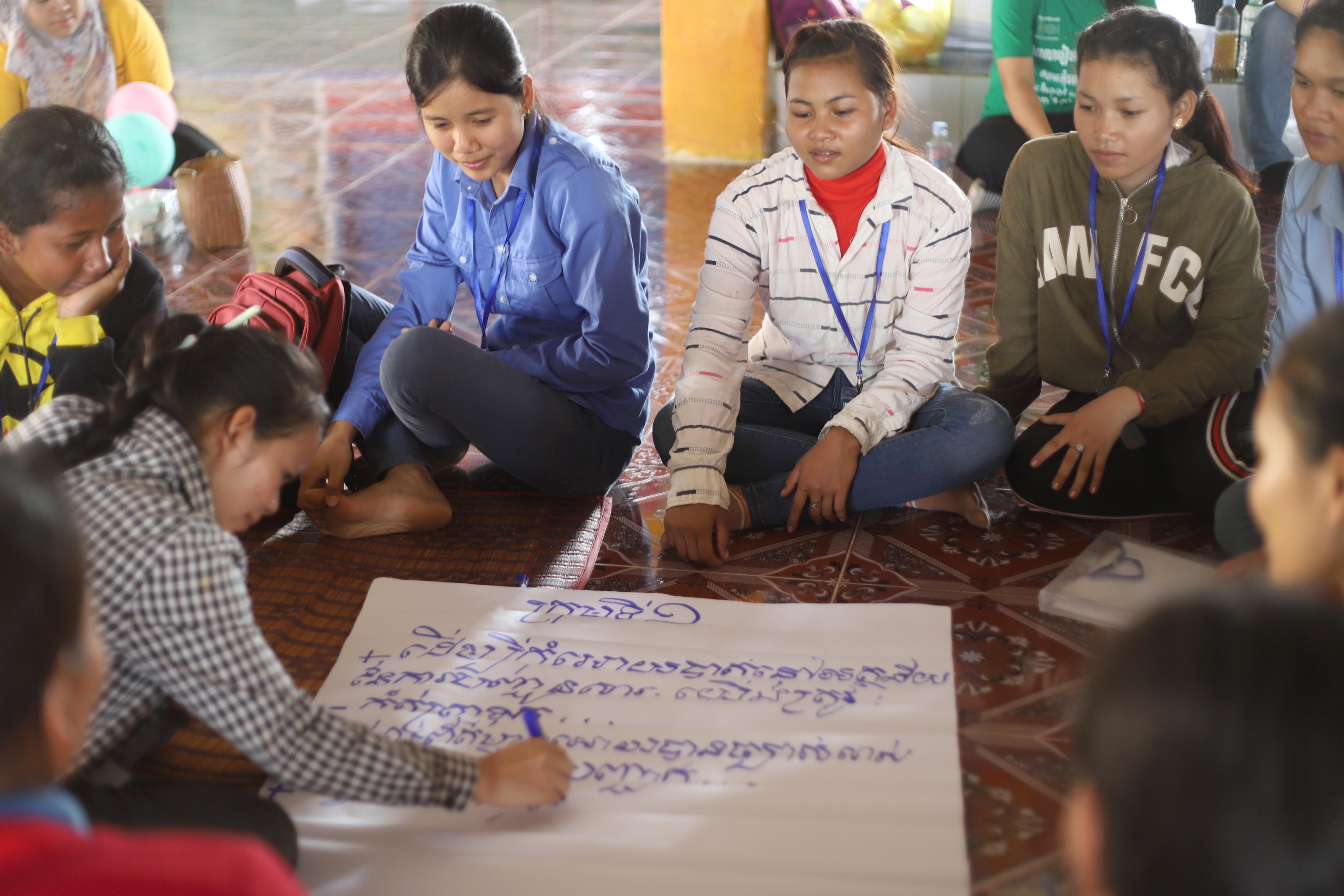 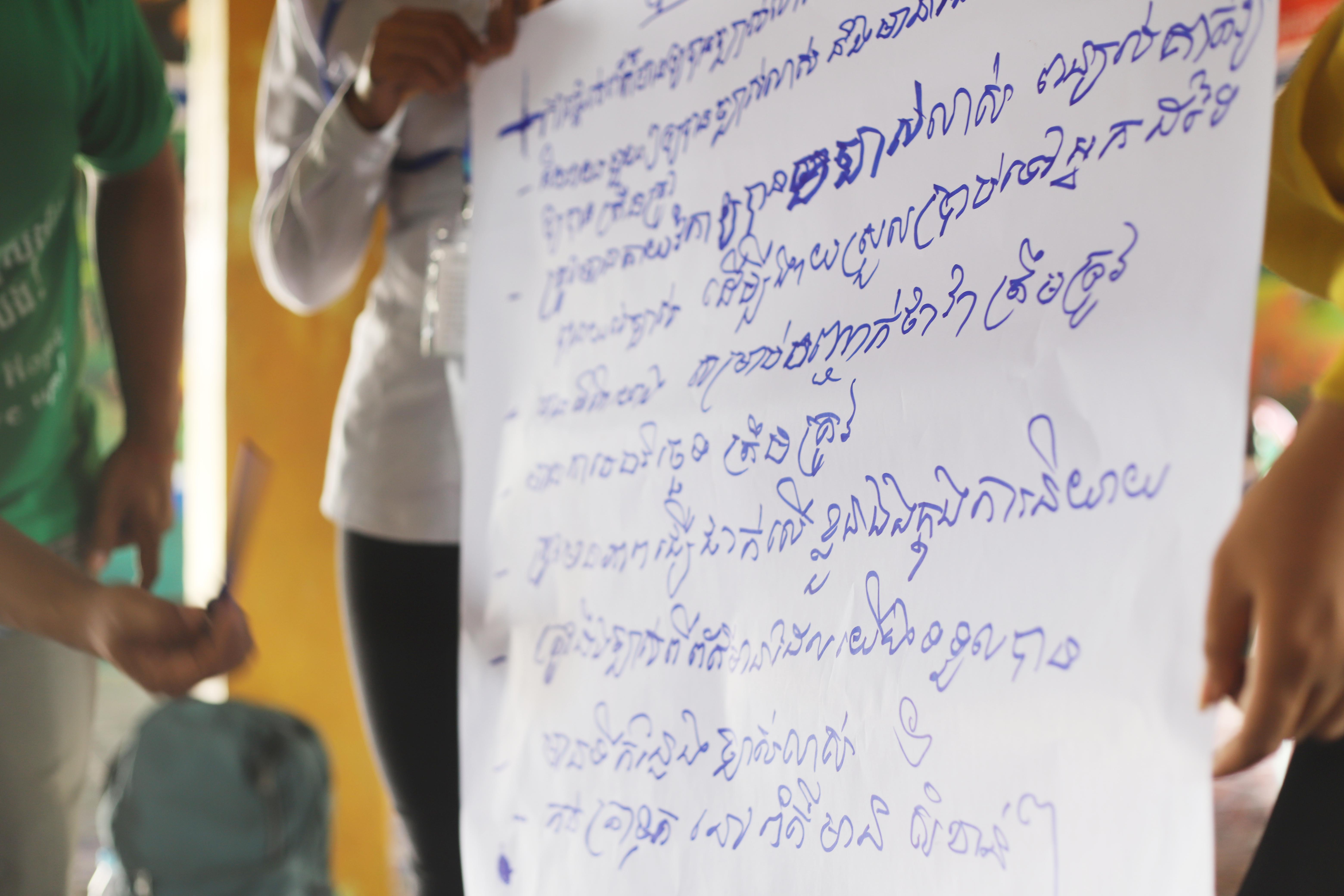 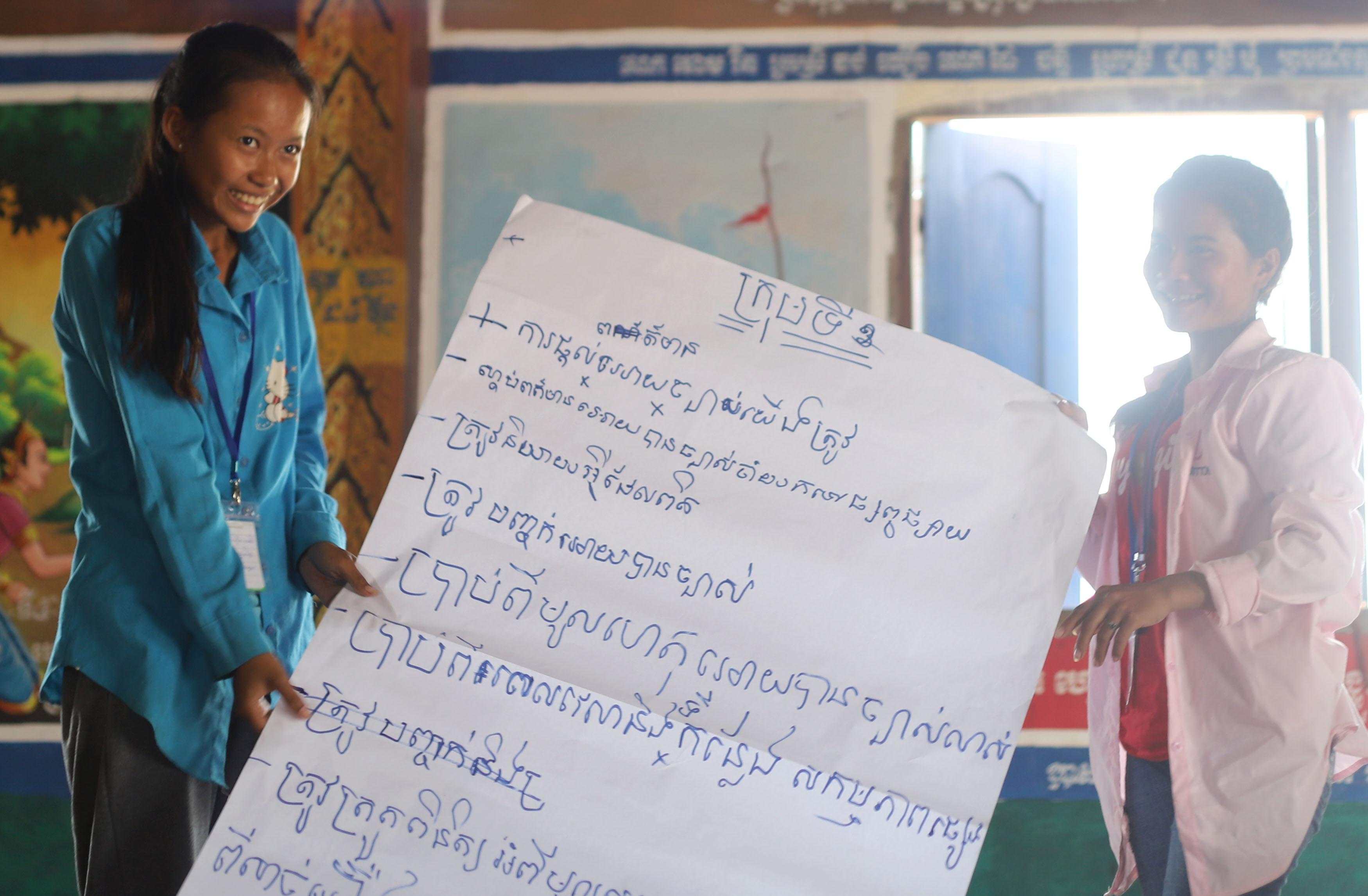 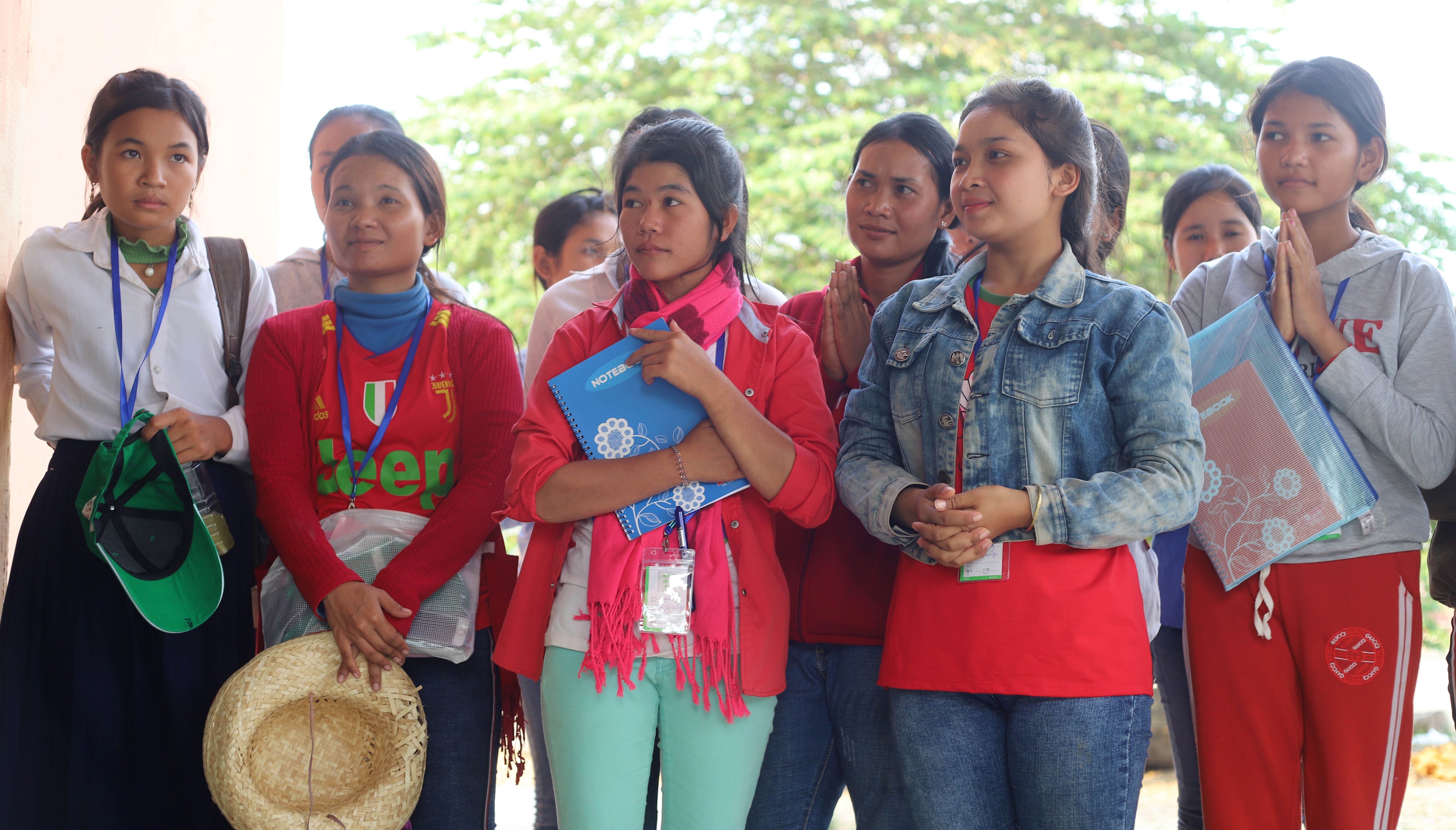 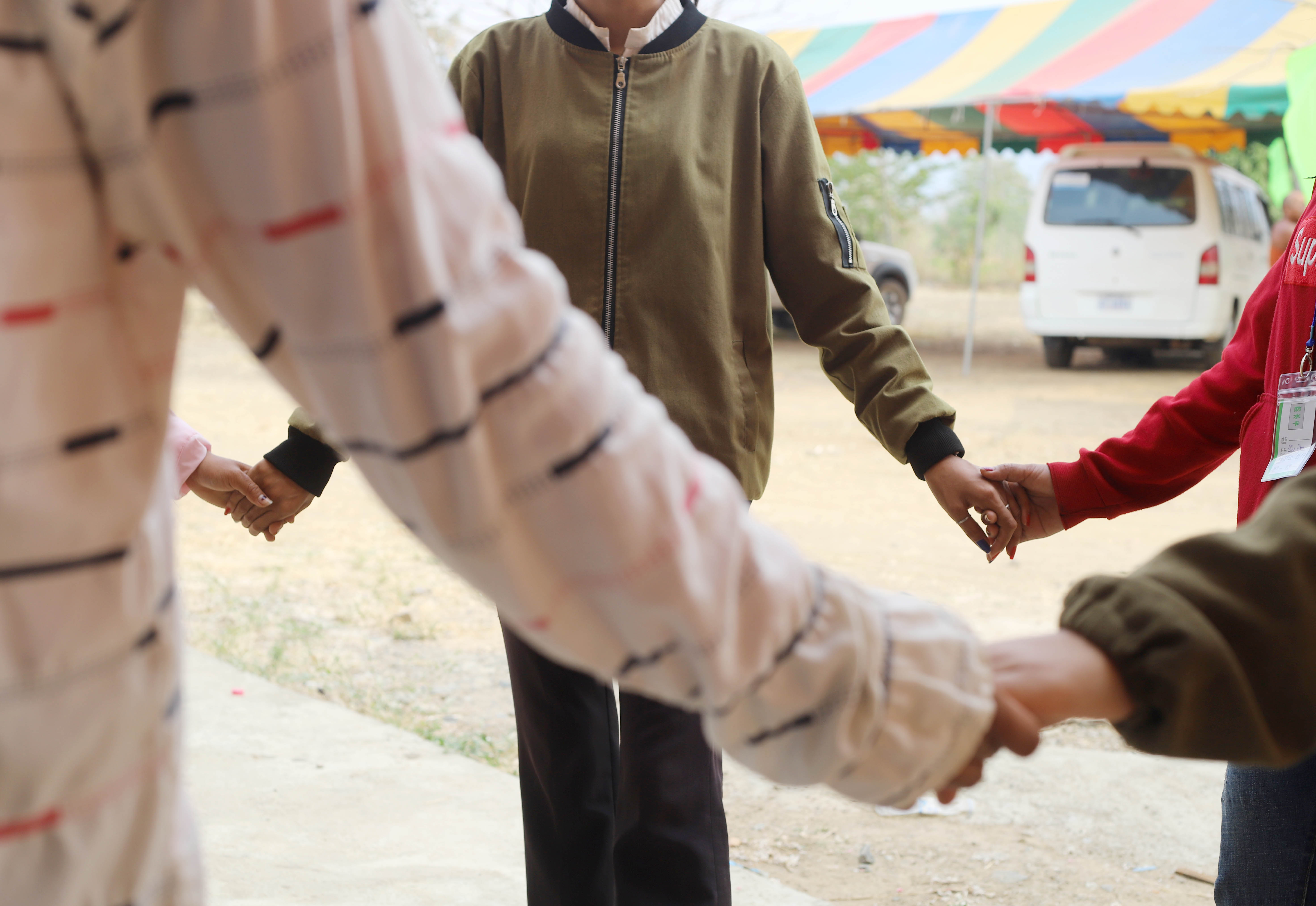 Equally important, I was also taken by KHEN and the EduSparks team to visit four schools in Samlout where the outreach area was quite far. Hundreds of students were waiting for us. They were so excited to receive a bunch of school facilities, such as books, sport properties, and other educational equipment which is still hard to get in that area. 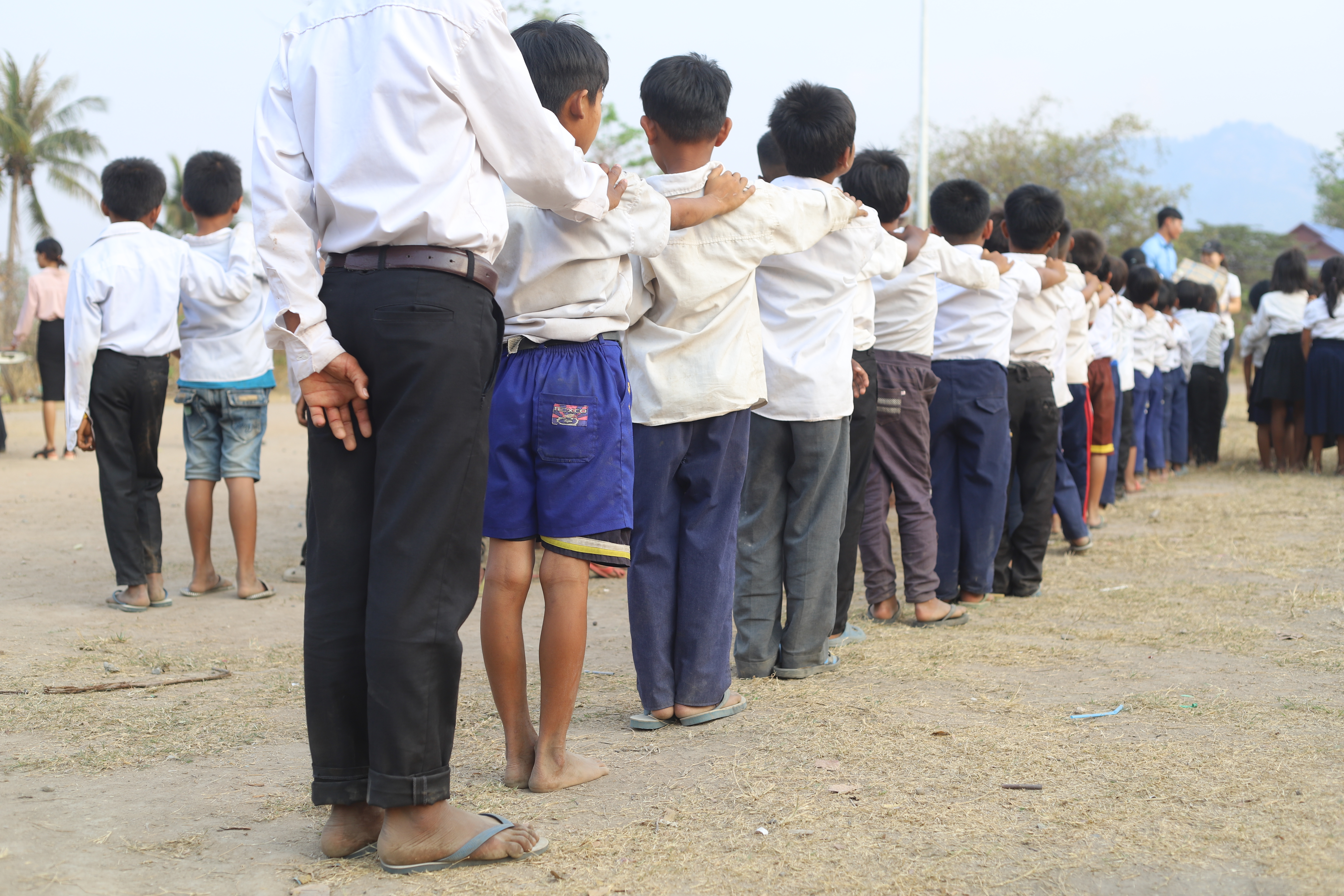 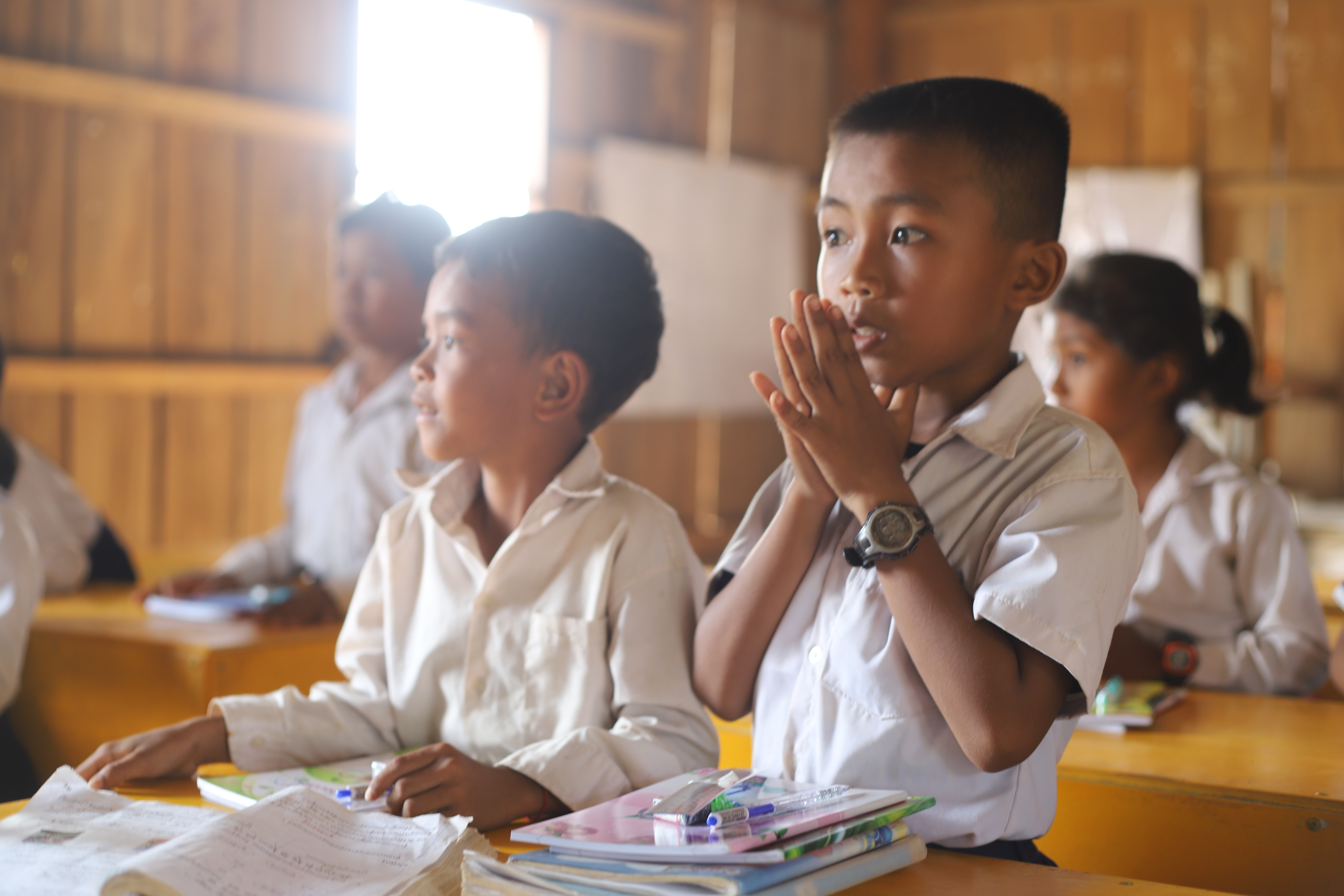 Mr. Bunlee revealed, during the rainy season, that it is hard to reach out the far distance schools as the fact that the choppy roads will be flooded and it is difficult to guess whether it can be passed. Despite this, Mr. Bunlee, thought of EYAA as a great opportunity to benefit the local community, saying, "This is the first time KHEN has collaborated with the ASEAN Foundation on volunteerism, involving ASEAN youths to increase capacity building for local youths, where KHEN has worked with them for a long time. I believe this is a great opportunity to help the local youth and interns from this community to get all these skills from the experienced young people in ASEAN.”

EduSparks and KHEN also conducted some other activities, including a University Roadshow on increasing the awareness of volunteerism among youths at the University of Battambang, managing teacher capacity workshops and building a youth center in Samlout. With these objectives, they target that approximately 800 students, 40 interns, and 47 teachers, will get benefits from their programmes. 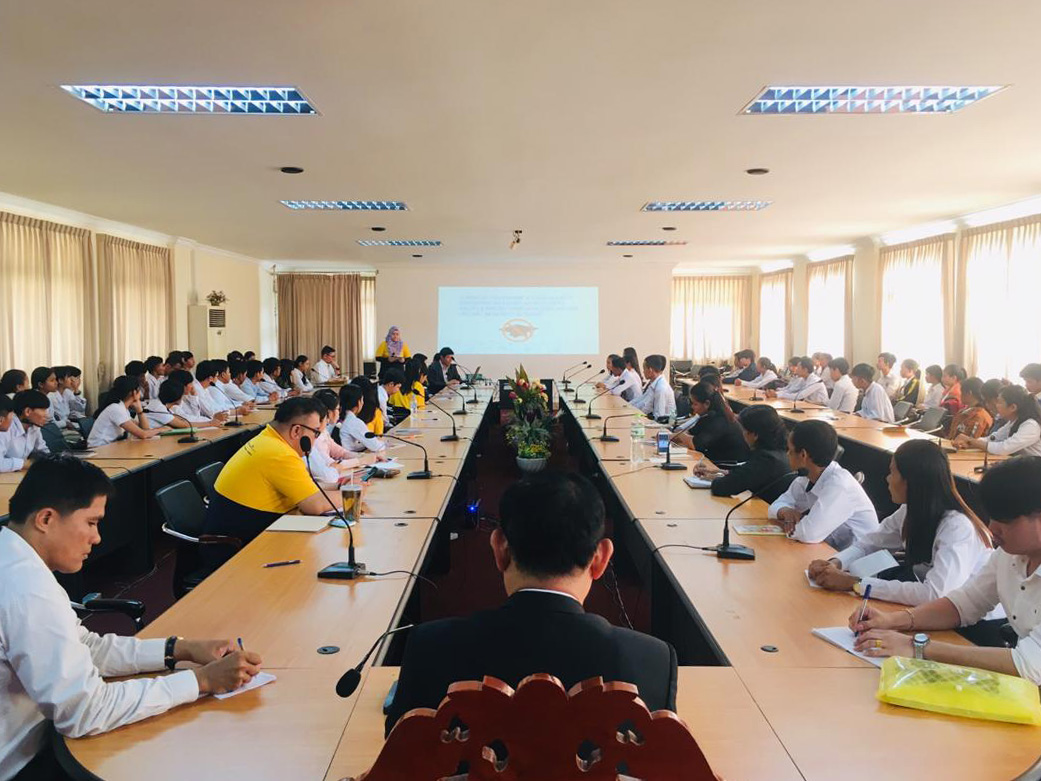 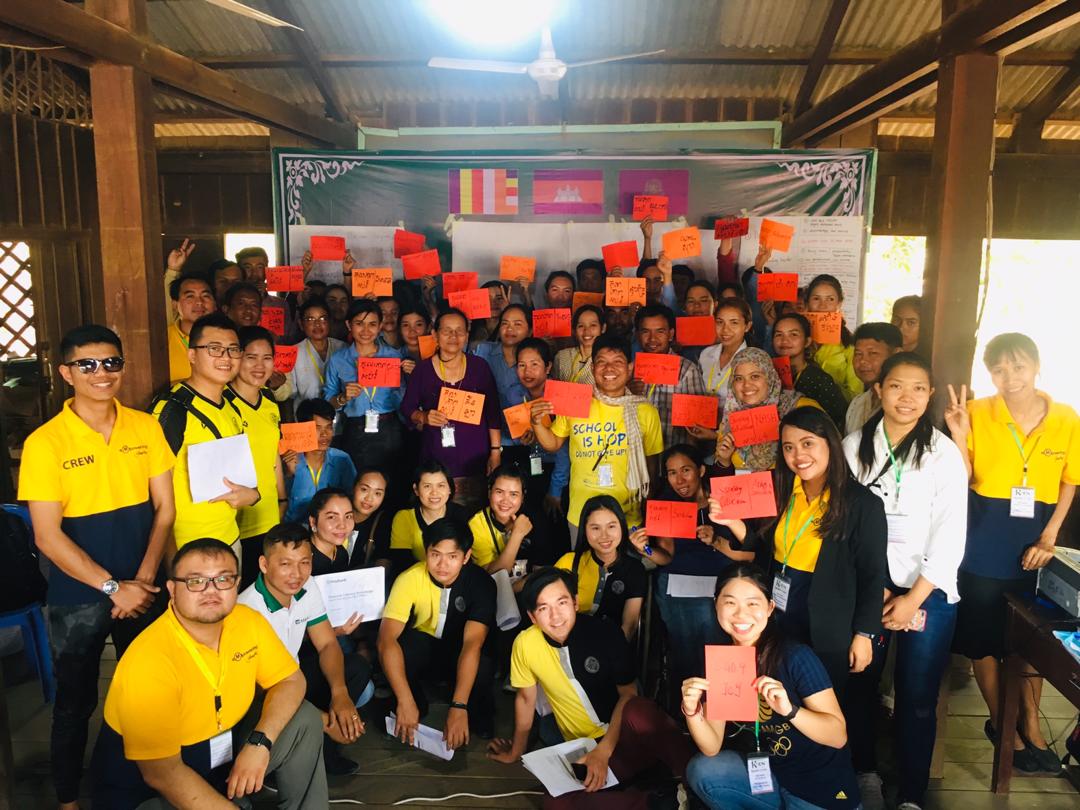 The team leader of EduSparks, Nur Diyana Nasriah binti Suhaili aka Nash from Brunei Darussalam, expressed her own motif in joining this volunteerism programme, "It would be the vast opportunities to network and learn from the passionate and like-minded people with different backgrounds and working towards the same goal which is contributing to the communities.”

She hoped that through this volunteer experience, she could be encouraged to act further to obtain a future career as a social entrepreneur which is sclable to ASEAN countries. She believed in the importance of education in changing people's lives. If they are educated and empowered, they would stand a chance to be able to fight poverty and even contribute to their own communities. Hence, these issues require grassroots solutions such as first-hand interactions with people in rural areas. 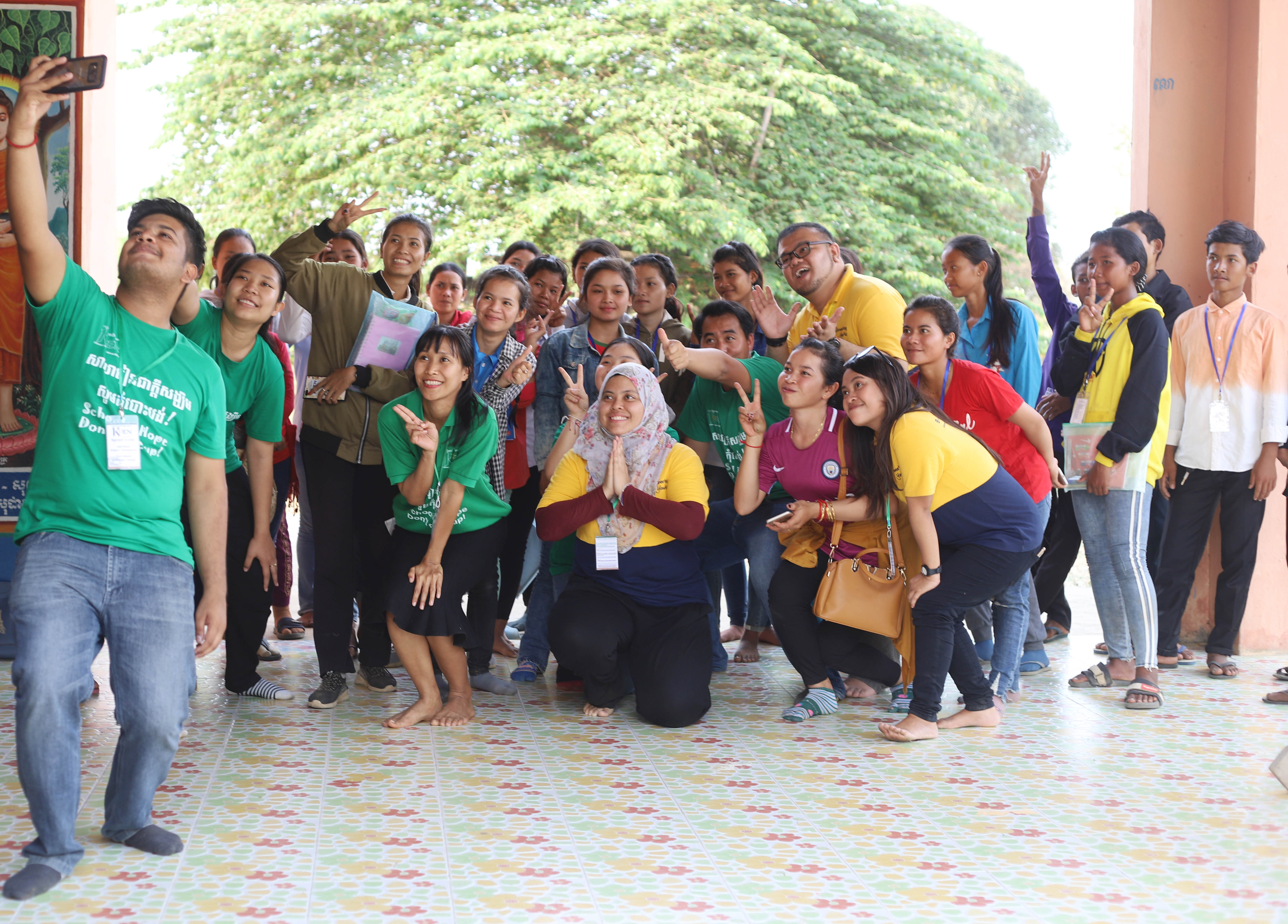 My heart was filled with astonishment to see how EYAA, which organised by ASEAN Foundation and Maybank Foundation, can bridge ASEAN youths coming from different backgrounds to empower each other.

At the end of the trip, Mr. Bun Lee and the EduSparks Team brought me to see their progress with the Training Youth Center, which was built so that the youths who are living around could develop their skills that are hoped to promote quality education in a less developed area. As believed by Nash, “By increasing access to education, there are better chances of changing their mindset which could lead to a better opportunity to improve their lives and get a decent job to fulfill their basic needs.” 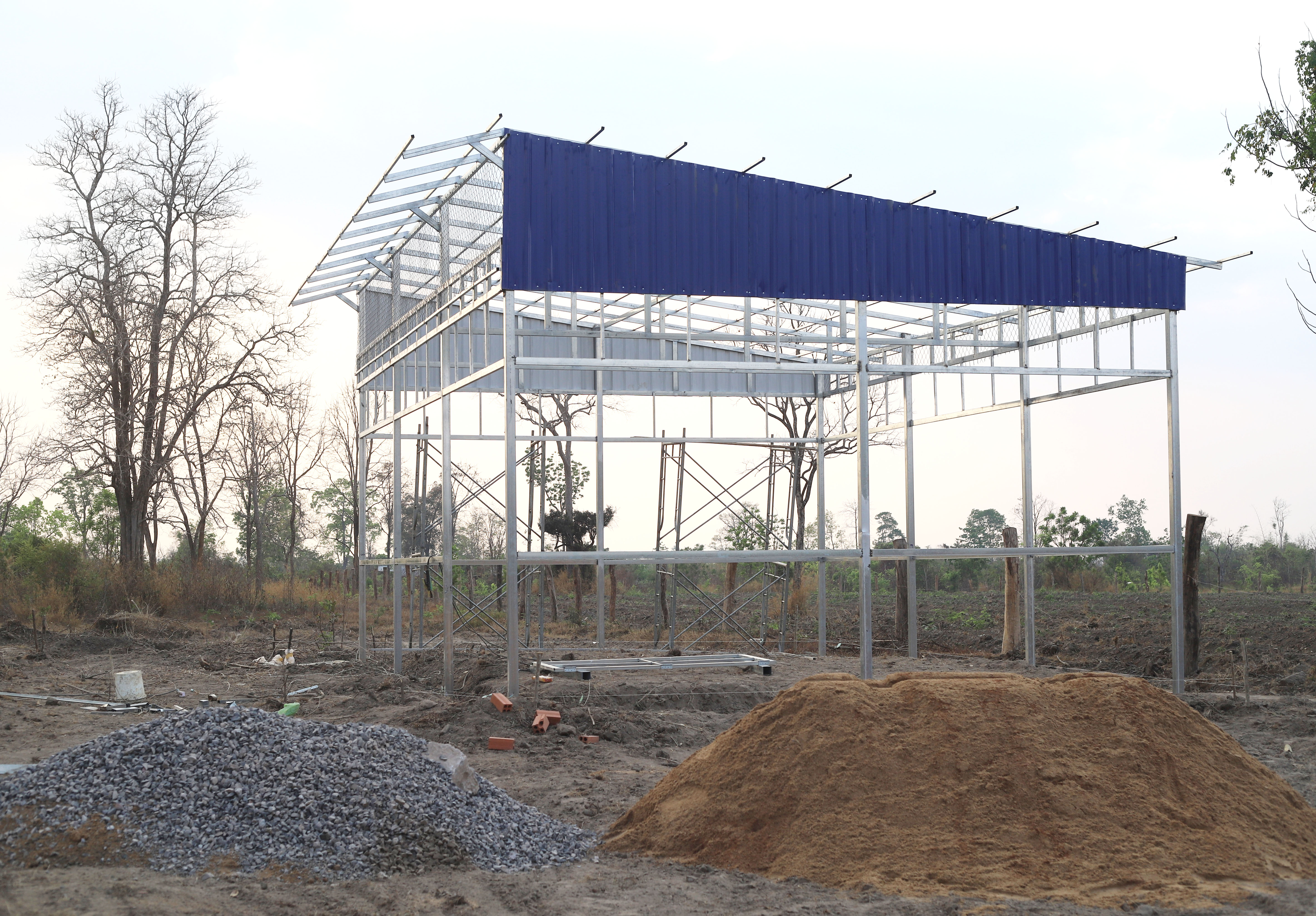 Three months later, I received enjoyable news from Mr. Bunlee that the Training Youth Center has been completed! The center also provides various reading books for children and other education accoutrements to support the learning process. Despite all the limitation, it doesn’t discourage the youth to come here from their respective residences to gather and enrich their competencies.

I do hope that quality education can be realised to everyone, including those who live in remote areas. The ASEAN change-makers have done a good job so far, and I believe that they will continue to bring positive changes through what they do!