In an increasingly digital world, information transfers faster than ever. And while this is a good thing, the challenge now comes in sifting through a myriad of information and identifying what is credible.

For 73-year-old Nerio Salaveria, learning how to spot misinformation is a powerful skill that helps him and his community make informed decisions. 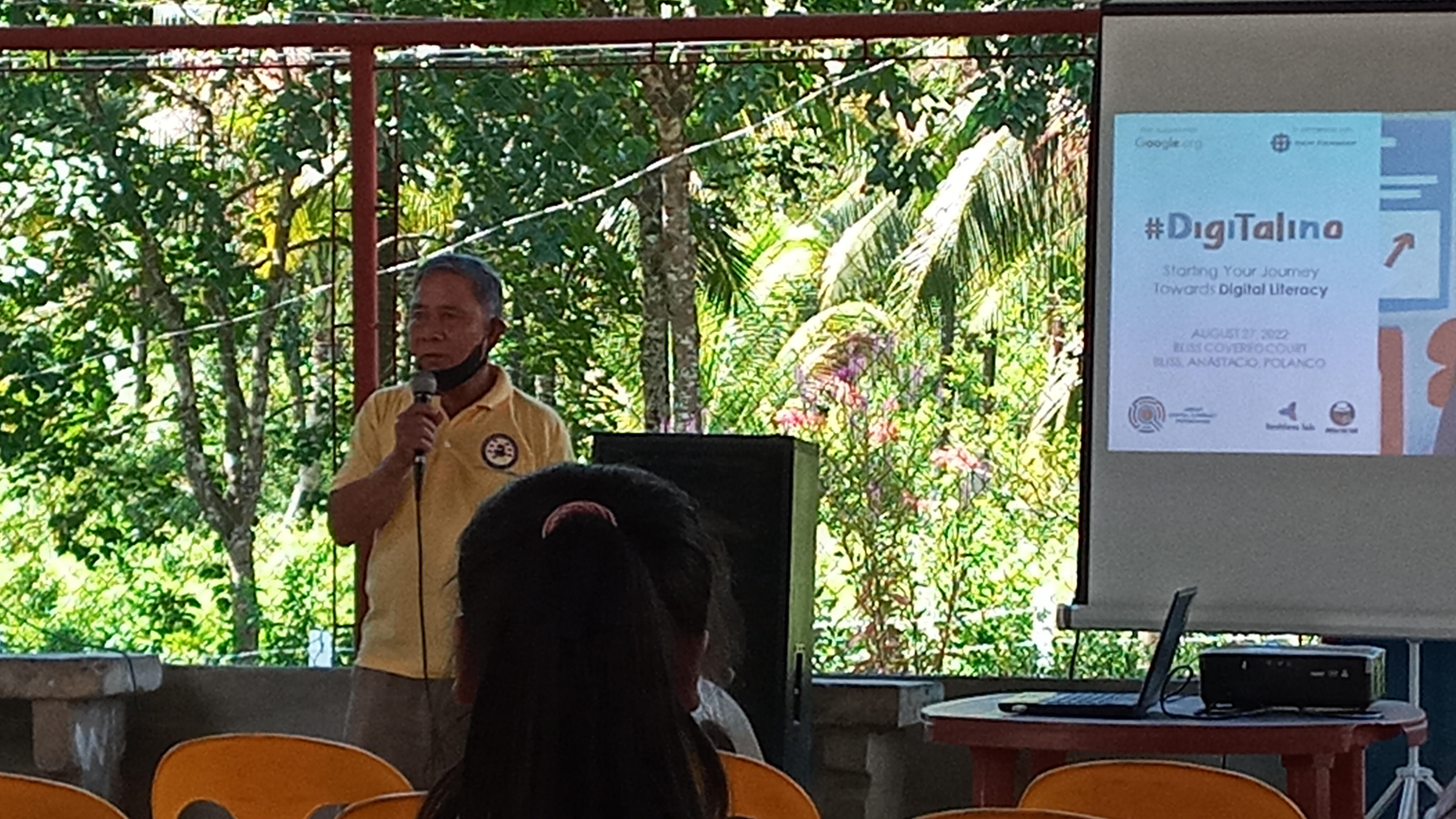 “I used to have such a hard time understanding what misinformation and disinformation is. With so much information available on social media, it’s hard to decipher what’s true and what’s not, especially for people my age who are used to just taking information as is. Even the elderly in my community gets confused by consuming news on the internet–they believe everything just because it’s on social media,” Mr. Salaveria said.

Mr. Salaveria is one of the trainees of the ASEAN Digital Literacy Programme (ASEANDLP) led by the ASEAN Foundation and supported by Google.org. Through the programme, people from various age groups are taught media literacy, including understanding and spotting misinformation and disinformation. The programme trains people who will eventually become trainers themselves and help roll out the media literacy curriculum in their communities.

A recent study showed that older adults are especially susceptible to misinformation and disinformation likely due to cognitive deficits, social changes, and digital illiteracy. This is why programs like ASEANDLP are essential in bridging the gap and teaching people from varying ages and socioeconomic backgrounds the fundamentals of digital literacy.

Now, instead of believing anything and everything he reads online, he prefers to get his information from valid news sources and from direct sources themselves, including verified social media accounts of government offices and departments. This, he said, has helped him and his community members not to fall for aid scams where they are promised a certain amount in exchange for a sum in return, or false information about increased aid or payouts. 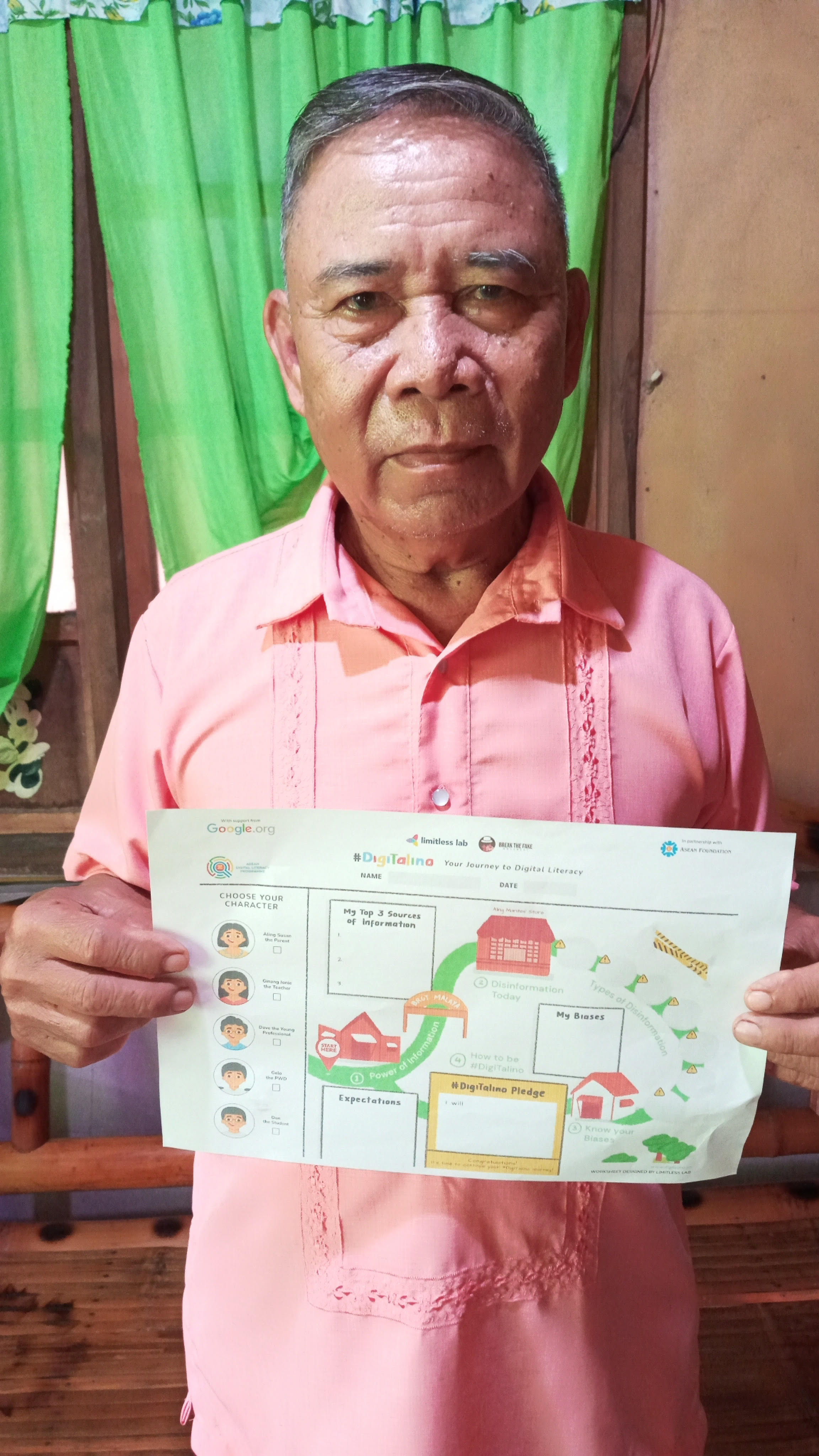 Mr. Salaveria shared that being elderly in an age where everything is on the internet is hard and confusing, that’s why he has used what he learned from the digital literacy programme to guide his fellow senior citizens, so they, too, can safely navigate the digital world.

“I advise my fellow elders to not believe everything they see online, especially on social media platforms,” he said. “Using technology may be intimidating for people my age, that’s why I remind them that if there’s something they don’t understand or information they need to verify, seek guidance from their children who are very adept in using the internet.”

As the ASEANDLP progresses in the Philippines to engage over 20,000 end beneficiaries, Mr. Salaveria and other master trainers will be reaching deep within their communities, particularly towards underserved groups such as senior citizens living in rural areas or young persons, ensuring that no one is left behind in the fight against misinformation.